STORIES FROM THE SOUTH CENTRAL SKIES

Happy New Year, everyone! As we launch into 2019, we wanted to review some of our stats and achievements over the past year.

Among the highlights this year:

And now let's take a look at some numbers... 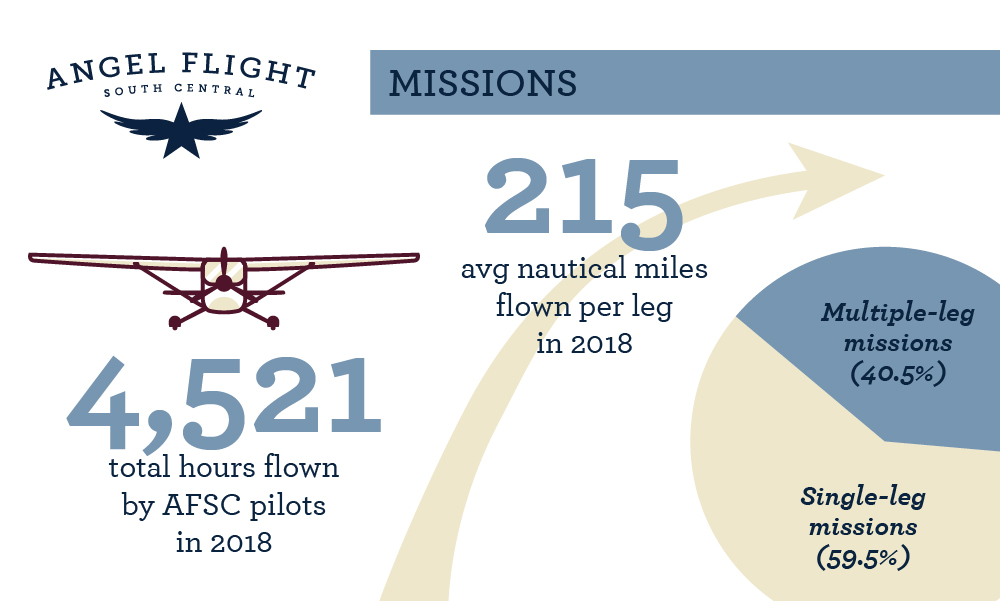 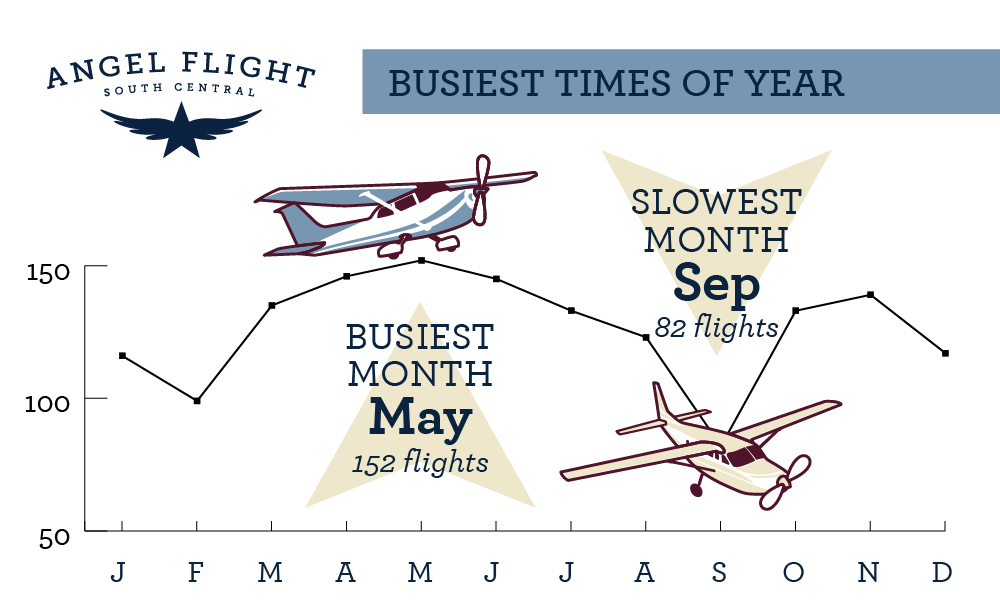 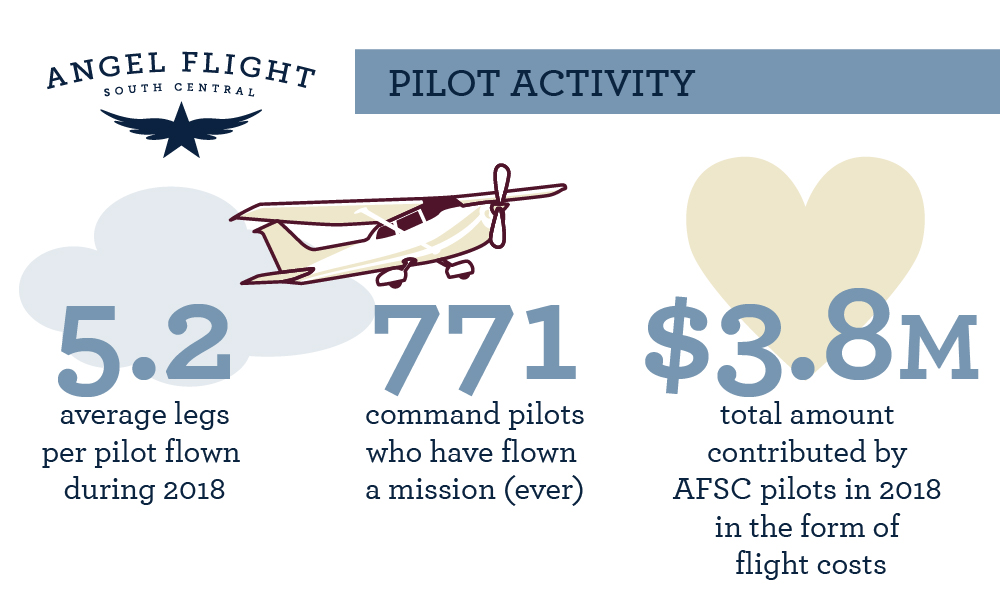 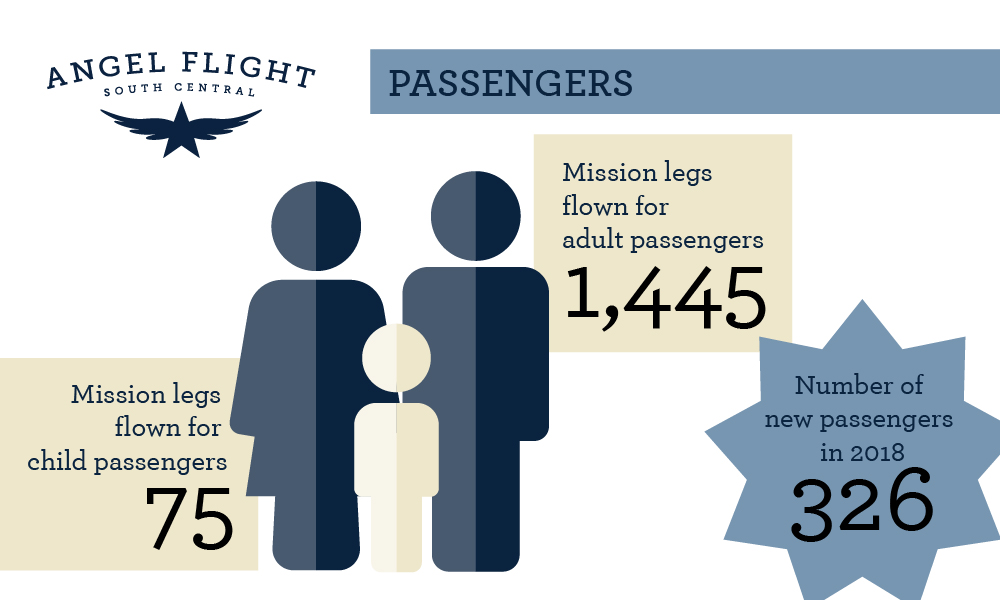 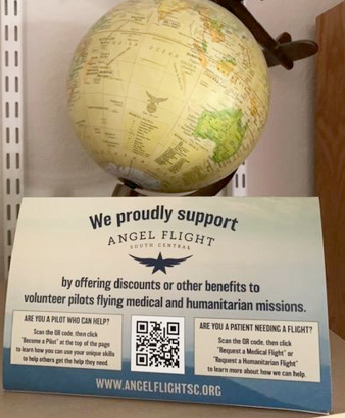 Visit this web page to see the most up-to-date fuel discount information and to participate in the recruitment of more FBOs. 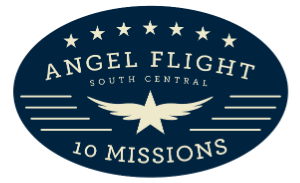 Huge thanks to the following pilots who completed milestones in the last half of 2018! 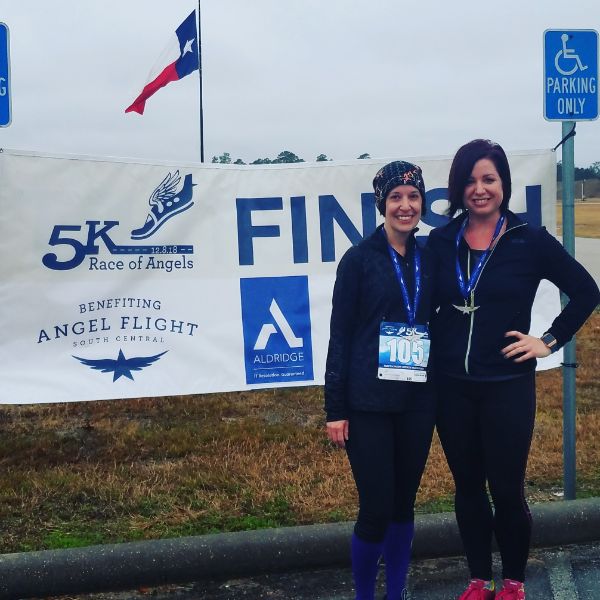 Our 1st-ever Race of Angels is in the books!

Thanks for the great turnout of runners and volunteers at our first Race of Angels 5K on December 8. It was a cold and wet morning, but that didn't stop most of our runners from turning out. One woman (at right in above photo) even completed her 12th 5K for 2018 that day! We'll hope to see you at next year's race.

THANKS TO EVERYONE WHO FLEW FOR AFSC THIS MONTH!

Pilots Who Flew Their 1st AFSC Mission in November or December